The Queen who was saved by a King 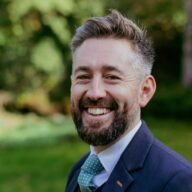 Today, many around the world will pause for the state funeral of Queen Elizabeth II. After 70 years on the throne, the nation and the commonwealth mourn her loss.

Since her death, the press, TV and certainly my social media feed have been full of tributes. There have been reflections on her time as monarch and as head of state. We’ve also heard many wonderful stories and anecdotes of people meeting the Queen, some funny, some touching. Christian organisations, charities and churches have been amongst those paying their respects to a 96-year-old Christian who worked until her dying day.

It’s customary to eulogise the dead – we count their achievements, testify to their qualities and we let the less positive elements fall away. But I’ve become uncomfortable with the exclusive positivity of many comments about her legacy. I was particularly struck by one claim that in her many decades of service, ‘she never put a foot wrong’.

This, of course, cannot be true. Queen Elizabeth herself believed that ‘all have sinned and fall short of the glory of God’.

The British monarch and the nation she led has a complex history. When Elizabeth II ascended to the throne, she became head of a global empire and preside over the greatest process of decolonisation in human history. But, that process wasn’t an easy one: people fought and died as they wrestled their freedom from the imperial grip.

Whilst no one would hold her responsible for every deed committed during her reign, the various governments of her seven decades have a patchy record. So too her personal life, with family breakdown and public shortcomings.

Already there have been some attempts to evaluate her legacy and I’m sure many more will follow. It seems that many would prefer to categorise her as Saint or a Sinner: someone to worship or an enemy to rail against.

I believe, however, that we are not in a position to judge. We simply cannot understand the complexities of her office or accurately assess the impact of her choices. It is possible to honour her service and sacrifice, to be grateful for her steadiness and reliability, whilst acknowledging her frailty and faults. We don’t need to sweep everything uncomfortable under the carpet, nor announce our verdict on her royal performance. We can leave that judgement to someone else.

At her coronation in 1953 the Queen was handed the symbols of her authority with the words:

‘Receive this Orb set under the Cross, and remember that the whole world is subject to the Power and Empire of Christ our Redeemer.’

Queen Elizabeth II knew that she was not the ultimate ruler, but accountable before God. At Christmas in 2000, she expressed:

‘For me the teachings of Christ and my own personal accountability before God provide a framework in which I try to lead my life. I, like so many of you, have drawn great comfort in difficult times from Christ’s words and example.’

It’s not a demonstration of disloyalty to acknowledge her mistakes. She was a woman who really did believe in God, and we’re told that she loved the traditional prayer book of the Church of England. In that book, the Christian is encouraged to acknowledge their faults daily before God – to admit their guilt, to acknowledge their frailty, to seek God’s forgiveness, and ask for his help to lead a better life.

Elizabeth Windsor knew that she was sinner in need of forgiveness. It’s something she said herself in her Christmas broadcast in 2011:

‘Forgiveness lies at the heart of the Christian faith. It can heal broken families; it can restore friendships and it can reconcile divided communities. It is in forgiveness that we feel the power of God’s love.’

Some want to put the Queen on a pedestal that our longest reigning monarch would be uncomfortable to stand upon. Perhaps it’s our need for a hero, our longing for a ruler with an unblemished record. Perhaps in a world of constant change and unreliable leaders the Queen really was unique.

But her destiny does not depend on an unblemished record. Our confidence that she is now is heaven is neither wishful thinking, nor a consequence of a perfect life. But instead, as Queen Elizabeth herself knew, hope rests on someone else entirely.

‘Although we are capable of great acts of kindness, history teaches us that we sometimes need saving from ourselves – from our recklessness or our greed. God sent into the world a unique person – neither a philosopher nor a general (important though they are) – but a Saviour, with the power to forgive.’ (2011 Christmas Broadcast)

Her death is a personal family bereavement. Not a tragedy, for how could one say that the peaceful death of a 96-year-old is a tragedy? Especially when that person knew where they were going after death! But it would be a heartless individual who couldn’t express some condolence for the royal family.

So, let us celebrate her Majesty today: honouring a long and faithful life. Let us also take heart that she was a Queen saved by a King – her Saviour – who extends the same offer of forgiveness, love and hope to us all.

‘I know just how much I rely on my own faith to guide me through the good times and the bad. Each day is a new beginning. I know that the only way to live my life is to try to do what is right, to take the long view, to give of my best in all that the day brings, and to put my trust in God. Like others of you who draw inspiration from your own faith, I draw strength from the message of hope in the Christian Gospel.’ (2002 Christmas Broadcast)