Can you have faith if you have doubts? 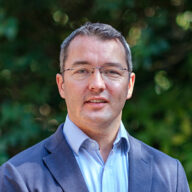 Despite what you might have heard about the power of faith, the truth is that the power is not in or from us. Faith is not to be seen as a container that is either empty or full. Instead think of a tiny seed that will grow later on, or empty hands held out towards God, saying, “I need help, I’m in a mess.”

We like to think of doubt as being a problem for the religious believer, but it could also be a problem for the hardened sceptic. Many different things can be believed, and many things can therefore be doubted. For example, atheism (or naturalism) is a claim that there is no God, or divine being. This can be doubted by simply wondering if there is something more than scientific explanations and natural processes.

This is what happened to me when I arrived at university. As I studied philosophy, I began to doubt my scepticism and atheism. Doubt isn’t just for the religious believers, and doubt could be a doorway into believing that God is real, if we are talking about doubting atheism, or sitting on the fence about it all.

One person who stands out in sixty billion people is worth a second look. HG Wells called him ‘the most dominant figure in history’. Interesting perhaps that we have no record of his date of birth, yet the world’s chronology is linked to it.

He never wrote a book, yet more books have been written about him than anyone else in history, and the output is still accelerating. The nearest thing that we have to his bibliography has now been translated into 2,000 languages.

He never painted a picture, or composed any poetry or music, yet nobody’s life and teaching have inspired a greater output of songs, plays, poetry, films, videos and other art forms. One film, based on his recorded words, has been produced in over 100 different languages and has already been seen by more people than any other film in history.

He never raised an army, yet millions of people have laid down their lives in his cause, and every year thousands more do so.

Except for one brief period in his childhood, his travels were limited to an area about the size of Wales, but his influence is world-wide and his followers constitute the largest religious grouping that the world has ever known. He had no formal education, but thousands of universities, seminaries, colleges and schools have been founded in his name. His public teaching lasted just three years, and was restricted to just one small country, and now purpose-built satellites and some of the worlds largest radio and television networks now beam his message around the globe.

He was virtually unknown outside his native country, yet in the last issue of Encyclopedia Britannica the entry under his name runs to 30,000 words. He is by far the most controversial person in history. Nobody has attracted such adoration or opposition, devotion or criticism, and nobody’s teaching has ever been so fervently received or fiercely rejected.

For centuries, every recorded word he spoke has been relentlessly analysed by philosophers, theologians, historians, archeologists and others. Right now, as you’re thinking about his influence, millions of people are studying what he said and did, and are trying to apply the significance of his words and actions to their lives.

In fact, there is a marvelous tradition of scholars, journalists, barristers, lawyers and detectives who have set out as sceptics to use their own investigative skills to pull the thread of their doubts, and sometimes to pull Christianity apart. Then having explored the reasons for faith, they emerge as passionate advocates for Christ.

So, reframing doubt like this, we can say it is possible to doubt. But, perhaps in the light of the impact of Jesus – his death, burial, resurrection and life – we may even have better reasons to doubt atheism, than to doubt who Jesus claims to be.

Doubts are like messages that we can choose to open or to ignore. If we gently open these messages then we might discover that behind each doubt is a question: Jesus can I really trust you? Did you actually die for me? Do you really love me? Did you really claim to be God? Can I really be forgiven? Many of these are questions are helped by being shared with others, some have clear and helpful answers. We need to give ourselves time and space to think, reflect, and to talk these things through.