Can science answer all of life’s questions? 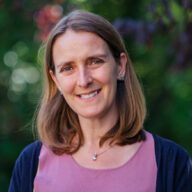 Modern science has had a big impact on human existence. We now understand the human body better than ever before and have been able to explore the natural world further than ever before, to the depths of the ocean and into space to the boundaries of the known universe. I spent over 15 years in the sciences, and love the way that research enables us to explore and explain.

But some people think that science can tell us much more than just the workings of nature. Science, they say, can answer every and any question that we have. Is this view true? It comes from something known as logical positivism – a view that was popular in the early 20th century -that unless you can prove something scientifically it is meaningless. But the problem is that this very statement cannot be proven scientifically and therefore is meaningless according to its own terms. Logical positivism defeats itself. There are also other questions we could ask. How much is there in life that we take to be meaningful that CAN be proved scientifically? Can you prove scientifically that your family love you? Not really. Can you give someone scientific proof of your dreams and hopes for the future? Not really. The notion that only empirical data can be trusted doesn’t really get us far in life. Positivism has fallen out of fashion in recent years.

Some people are also under the impression that science and belief in God can’t mix. This actually used to be my view and I started my scientific career as an agnostic. But it’s a bit like saying the computer code behind Instagram can’t mix with belief in Kevin Systrom its founder! We know, at a glance, that these are two parallel explanations that together provide a complete understanding. One is describing the underlying mechanisms. The other is describing the one whose idea it was and who set things going in the first place. In a similar way, it’s possible to believe in God and be a scientist.

So, can science answer all of life’s questions? It cannot but let me ask two more questions to show you why.

First, Can Science tell us why science works? We take it for granted that science tells us true things about the world. But how exactly is this possible? How is it that we can even DO science? First, science proceeds on the basis that the natural world is ordered. Without laws and regularities none of our experiments would be repeatable and testable. Second, it is possible because we have minds capable of thinking logically and rationally about the world. How do we explain both of these things? The laws of nature and human rationality could have arisen incidentally in a universe of matter + time + chance. But Christians would argue that they make more sense in a universe that has had order and rationality woven into its fabric from the beginning by an intelligent being known as God. In other words, God’s existence provides persuasive reasons for why science is possible at all.

Second, can Science answer our biggest, most fundamental questions? Not really. Even if all the questions we have in physics, chemistry and biology were answered – our most fundamental questions would still be unanswered. Questions like ‘Why do we exist?’, ‘What is the purpose of my life?’, ‘Why is there suffering?’ and ‘Is there life beyond death?’ None of these are scientific questions! They are very important questions, and it is right to ask them. But we need to look beyond the sciences for answers. Ultimately, science cannot answer the question of whether or not God exists, but many don’t investigate further because they assume that faith is irrational and requires us to dispense with reason.  What should we make of this view? Well, if we take the face-value meaning of ‘faith’ to be ‘trust in something or someone’, we see that everyone has faith in something, not simply religious people. We entrust ourselves to all kinds of things – parents, friends, aeroplanes, doctors, even scientific theories. And we do so on the basis of whether there is evidence to justify our trust. We might trust a parent or friend based on the lifetime of loyalty and love they have already shown us. Or we might lack trust if they have let us down. But either way, the level of trust is based on the evidence.

To be a Christian is to put your trust in someone for whom there is persuasive evidence – the person of Jesus Christ. There is evidence from the biographies of his life in the Bible and from stories of how God is at work in the world today. Faith in God doesn’t mean taking a leap into the dark but to examine the evidence and go where the evidence leads. Have you examined the evidence for yourself? I began to do this as a young scientist, and it was the beginning of an adventure.